Showing posts from 2019
Show all

The US Ranks 27th in the World in Education and Healthcare 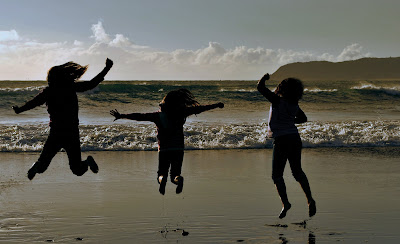 So who is the bad guy?  Is it the people that want the social programs trashed or the politician that wants the social programs trashed?  Ask yourself, who started this socialism is bad craze?  You either don't remember, or you remember it was your politician when he/she sent word either on TV, radio, or Internet to you that people don't want a socialist system in place.  But who called the United States a "want to be" socialist country?  It was again the politicians back in 2015-2016 when Bernie Sanders was running for election. The politicians decided that socialism had no place in the U.S.  and the U.S. wasn't going to have it.  (Purdue said not on his watch)  It had nothing to do with the people.  They had no say so.  If you ask the people they or at least many don't even know what that means to them in the United States. The majority were just pushing the politician points.
Post a Comment
Read more

Pollution? This is All About Betrayal 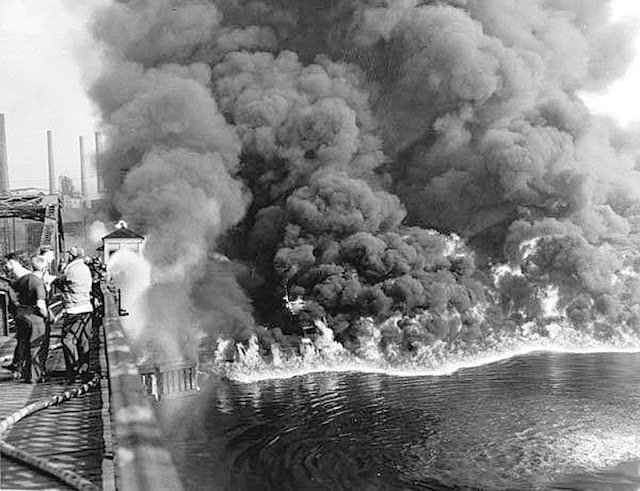 The Cuyahoga River fire Now comes the time that I irk the public and make quite a few angry. But not any angrier than the promises put out to the public that never materialized and helped our planet as well as help the people.
Post a Comment
Read more

The abominations and inflicting unnecessary misery upon others will be the abominations and suffering all people will experience for now on.  The righteous too will be inflicted.  Turn our back. and inflict pain on others from this day forward and this planet will be going up in flames.  When you inflict nothing but pain onto the people, eventually the people will have no choice but to fight back because they are reduced to fighting for their lives, or the lives of family or friends.
Post a Comment
Read more 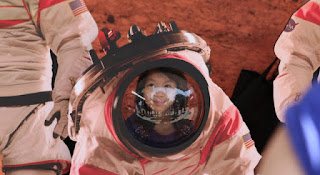 The greatbig.com site said,  "As kids, we wanted to be astronauts, explorers, scientists and artists. As adults, we are a global team of storytellers, inquisitive and unconventional, determined to change the way you see the world."
Post a Comment
Read more 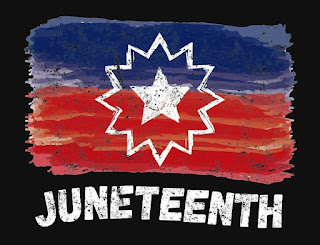 Juneteenth flag designer L.J. Graf packed lots of meaning into her design. The colors red, white, and blue echo the American flag to symbolize that the slaves and their descendants were Americans. The star in the middle pays homage to Texas, while the bursting "new star" on the "horizon" of the red and blue fields represents a new freedom and a new people. As the tradition of Juneteenth spread across the U.S., different localities put different spins on celebrations. In southern states, the holiday is traditionally celebrated with oral histories and readings, "red soda water" or strawberry soda , and barbecues. Some states serve up Marcus Garvey salad with red, green, and black beans, in honor of the black nationalist. Rodeos have become part of the tradition in the southwest , while contests, concerts, and parades are a common theme across the country. Juneteenth, also known as Juneteenth Independence Day or Freedom Day, is an American
Post a Comment
Read more 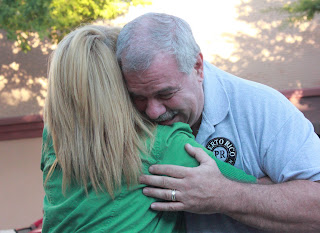 A racist will tell you that they are opinionated. Yes they are, but they also are narrow-minded, blind, closed-minded, intolerant, one-sided, racist, sexist, xenophobic, and easily influenced by other racist. Oh!  yes, they are bigots.
Post a Comment
Read more 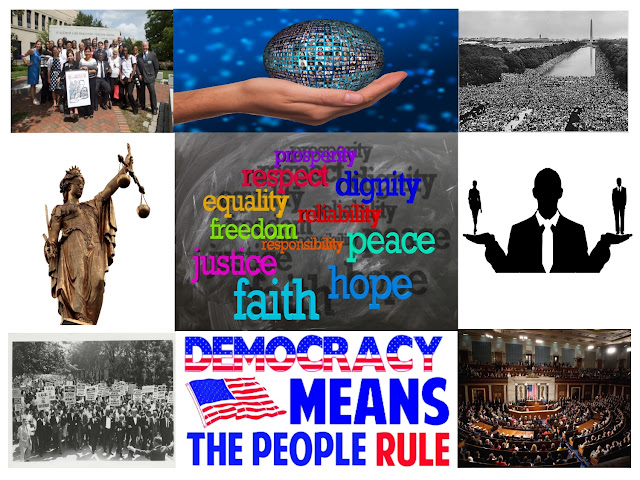 Us and them In America as long as you belong to certain classes of people (and everyone does) you are “so called” good to go, and many don’t think much about it. Some classes no one wants to be a part of. Pretty much people stay clear from the bad classes. At the top they group  people into us and them. Then there are the irrelevant, whom by definition, don’t figure into many decisions, some are even blocked from participation.
Post a Comment
Read more

Refusal of State Governments to Pull Citizens Out of Poverty 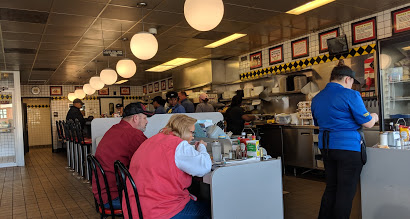 Taxes The big issue I see is that much of the US don't bother to even check out the statements the President and his Democrats and Republicans claim. "I'm going to cut taxes." 'to whom?'  "I cut taxes but only too ___"  "why?" transcends into all you need to know. The issue I see time, and time again is that all the claims, and all the "I did" are not checked out by the public. N0 questions. No research, no checks and balances.
Post a Comment
Read more

The best parenting is when the parents accept a third party eagle into the nest to help out.  This is a short post and just so you know -  I didn't know that eagles do this sort of thing occasionally.  But it's so cool!  Don't you think? CNN posted this on their site and I was just amazed.  I hope you enjoy this piece as much as I have telling you about it.  There is also below a live feed to the eagles nest.
Post a Comment
Location: Upper Mississippi River National Wildlife and Fish Refuge, 7071 Riverview Rd, Thomson, IL 61285, USA
Read more 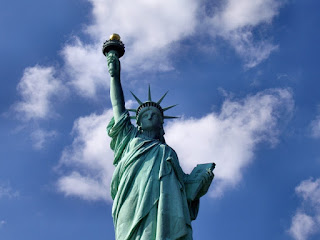 Based on responses to polls,  a majority of us–Republicans, Democrats, and Independents– have consistently agreed to 5 simple principles. This is the American Social Contract . First:  Everyone should have an equal chance to get ahead. Second:  No one should be discriminated against because of race, religion, gender, or sexual preference. Third: No one who works full time should have to live in poverty. Fourth: People should take responsibility for themselves and their families, but deserve help if they need it through no fault of their own. Fifth:  No one should have special privilege and power based on wealth or class.
Post a Comment
Read more 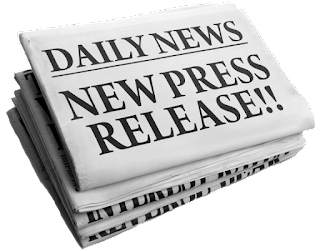 Stats Since 1992 1,337 journalist around the world have lost their lives in connection to their job.  857 of those were murdered for doing their job. Think about that because that is more than half of the journalist.  In 2018 53+ journalist were murdered around the world. The most dangerous sector of the US media after 1980 has been the race and ethnic press. Chauncey Bailey, who was the editor at a large circulation African American newspaper, was murdered in 2007 for his investigative reporting. In some cases, journalists have been attacked but survived.
Post a Comment
Read more

fair use image Irontontribune NPR : Purdue executives acknowledged that their prescription opioids are far more addictive and dangerous than the company was telling doctors. At the same time, company directives pushed sales representatives to get even more opioids into the hands of vulnerable people, including seniors and veterans.  Lawsuit Details How The Sackler Family Allegedly Built An OxyContin Fortune This increased transparency represents a big shift in the way opioid lawsuits are being handled. "We've done something that hasn't been done before," said Massachusetts Attorney General Maura Healey, who appeared in February on NPR and WBUR's program On Point.
2 comments
Read more

Today is the 30th Anniversary of the World Wide Web.  In 1989 the Internet was born, or hatched and our lives on this planet were forever changed.  I am not sure this is for the better.  I mean look at how many treat the Internet as though it were a life or death if they don't log in everyday. Plus many have started using the net for illegal purposes.  There are also the bullies, the pranksters that are getting out of hand.  But the Internet has done a lot of good too.
1 comment
Read more 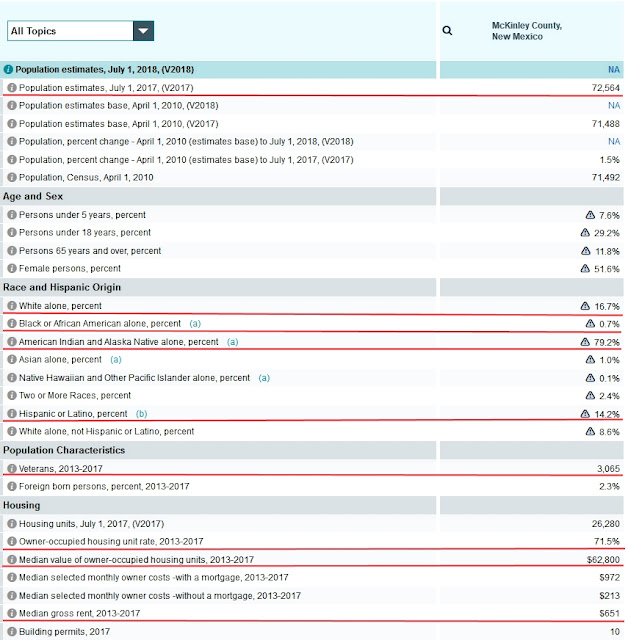 March 08, 2019
I come from another blog server client for which will stay anonymous.  No I didn't do anything wrong there.  The problem I had was things were getting full on the back end and I had to choose to either upgrade. delete post, or move.  I decided to move. I refuse to degrade images, or anything else. Many online are using a HD screen.  You start degrading images and videos, or removing post and and things tend to get ugly, besides... who wants to see that degraded image in HD? Basically my blog will be on things I heard, IRL, TV, Podcast, Radio and YouTube, and yes in the news media online.  The word here is I will be "eclectic".  Some will be entertaining, others not so much.  You might learn something new, or you might want to reach through your screen and ring my neck, or bop me in the head.  My content is for adults because sometimes my anger leeches out into my blog.  I will do my best to stay away from the worst of the cuss words.  My first post is coming soon. Pro
1 comment
Read more