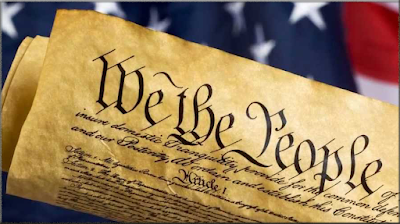 When trump took office the level of lies escalated into a monster and many people on both sides fell prey to abuse of power, deceit, and neglect and not enough people on this planet have ever come forward and told those involved to clean up their act or get out or be forced out. The public saw trumps true colors and they saw how he killed so many people with covid-19 and not once did ANY member of congress come forward and say "no more" "we protect the people, now get out of the damn way so we can do just that or force a vote “to protect”.

One of the worst things trump did was in Afghanistan.  Trump abandoned the people and handed the country over to the Taliban with just a stroke of a pen. Originally, the Trump administration agreed to withdraw from the country by the first of May, if the Taliban negotiated a peace agreement with the Afghan government and promised to prevent terrorist groups like al-Qaeda and the Islamic State from using the country as a base.  “This collapse goes back to the capitulation agreement of 2020. The Taliban didn’t defeat us. We defeated ourselves.”

When elected president, Joe Biden said he had to follow through with the agreement or risk new conflicts with the Taliban, which might have required an additional troop surge into Afghanistan..

this is just the beginning...

Today, We are all pawns, and as much as I love Pelosi she didn't come forward and tell the Government to stop killing the people. None of them did. They seemed more interested in numbers, and how good they will look during the next election. A really caring Government stops the slaughter. Trump was left to kill as many as he pleased.  No one protected the people from trump. The power this one man had is the atrocity. He never should have been allowed to trash the CDC’s power and practically shut down Administrations. Now trump has opened the doors for others to do the same thing.

People across this planet are all being used by Government we are at the mercies of our own Governments. What kind of mood are they in today? The News media is just one of many ways our own Government uses us as pawns. Holding back good education, good healthcare, and wages is really a way they keep the people in check.. The other is the N-S-A the spying never stopped they just buried it, you don't get rid of a good thing, you just tell the people you are upset and put the articles deeper and deeper in the newspapers. The whole idea of Congress having to agree and sign off to fix these things is a farce. They have had most of this stuff in drawers for over 40 years.

Now we have Afghanistan in a heap of trouble. I don't see the country coming out of this because Daesh and the Taliban rule it with an iron fist, bombs and a sword. Their women are used instead of respected. Their children god knows how many of them will die because of lack of food and education for ALL OF THEM. Chances are 12 and up girls will be married off, the rest of them will be taught to be a good wife and love Allah. Don't get me wrong maybe a few of those men are good.

Maybe god is good and a select few men decided to change religion around to benefit men? If you read the lost books of the Bible it sure looks that way. The books lost were the ones that didn't put men on a pedestal, it put everyone on a pedestal equally and each and everyone of us are to love EVERYONE. Sounds like maybe we need to ditch the Religions we have and start over? The problem lies when Religion does more harm than good. When it sees Covid-19 as a hindrance and doesn’t see the neglect that are causing as relating to the 10th commandment of, “Thou shalt not kill.”

Government is no longer working. The planet is a hot mess thanks to pollution, a pandemic, capitalism and over mining and stripping of resources it’s just a few years away when the die offs start to happen. A few of our majestic animals we have now will be gone.

Mass atrocity crimes have historically referred to the three legally defined international crimes of genocide, war crimes, and crimes against humanity. Really though there is no one policing the countries anymore. It’s a free for all. Just try not to get caught.

That part where they say how great we are? Sure. We are better than some Countries. But, we are not "all that great". Not when a religion can stand over a gender and tell them no, you are not worthy of an education, A person can be evicted from their home in a pandemic. A post on FB can give us just enough news and keep their disinformation intact and working to scam people to get the outcome they are after. Preachers can stand on the Pulpit and tell their congregations not to get vaccinated. A reporter can lie through his teeth about Covid-19 and not be reprimanded nor fined, or even arrested for helping create the deaths of thousands. A president can lie to the people at every turn, and cause death in the millions and suffer no repercussions…

They didn’t even remove him from office as soon as trump started his wrath. no one period removes him from office, it was just a small thought on the minds of very few, and yet those that are black, poor, homeless are held far more accountable than anyone else on this earth including our own Government.

Far more poor suffered from Covid-19 than rich.  The rich pulled strings to keep things open, and the poor kept getting infected with Covid-19 and dying.

Unless the rich were stupid they had nothing to fear from Covid-19.

This planet of ours is going to hell and much of it is done by rulers, and those that rule.

Finally? Where the hell is the UN to check in and stop the Countries when it comes to all of this?

Today is the 30th Anniversary of the World Wide Web.  In 1989 the Internet was born, or hatched and our lives on this planet were forever changed.  I am not sure this is for the better.  I mean look at how many treat the Internet as though it were a life or death if they don't log in everyday. Plus many have started using the net for illegal purposes.  There are also the bullies, the pranksters that are getting out of hand.  But the Internet has done a lot of good too.
Read more