A State of Emergency

A week ago, in a strictly party-line vote, the court’s 4-3 Republican majority voted to strike down a 75-year-old law because Democratic Gov. Gretchen Whitmer had used it to declare a state of emergency to combat the coronavirus pandemic. Yes, you read that right: The state Supreme Court declared that Whitmer cannot use the same tools every other governor has deployed to fight the virus, which has already killed 7,200 Michiganders and is once again exploding.

That tells us two things:
Both of those are terrifying propositions. The first will lead to ever-greater losses of life and prolonged misery for the entire state. The second, meanwhile, defies the will of the public and fosters a political environment where extremists no longer accept the outcome of elections when Democrats prevail and instead do things like … plot to kidnap their own state’s governor.
But it also points out to the public one huge thing that maybe the people in Michigan missed and that was everyone knows who this virus effects the most and that is people of color, elderly, and those affected with other disease that needs constant  around the clock care.
These are the groups that many Republican states in the US attack ALL THE TIME. They are the first to lose food stamps, not be able to vote, and lose services they depend on. They even attack their neighborhood schools, health services, and food deliveries.
In the United States the public are never treated equal, and the Republicans make it a point every time they are elected into office too attack them. The GOP are the most racist bunch of individuals we have in the United States. This is they why we have been unable to stop racism in the United States is because racism is in our Government.
The coronavirus pandemic gave them a tool to get rid of millions if they want too by making flexible laws in their states instead of strict laws. Go through the motion of acting like you care about Covid-19, but don't ever put any strict rules in place and if the Democrats do, then sic the Conservative Judges on them.
If you think you don't fall into their group of degenerates, then look in the mirror. If you are overweight, suffer from hypertension, are not white and rich, or you are poor, suffer from heart disease or some other ailment, homeless, live in a poor district the GOP is coming after you because these are the people who don't vote Republican. They have been under attack for decades.
This is why they are going after Medicare, Social Security, SNAP, food service programs like free lunches at schools and food delivery programs.  Their Political Party is just an excuse. In reality everything they do while in office is an attack on the groups.  Just look at everything they have accomplished and who it will affect the most.  It is also why they went after their own Governor in Michigan this past week.
A 75 year old law in Michigan gave their Governor the right to protect their at risk citizens.  The Republicans took her rights away.  Who in the world doesn't want to protect their own citizens against covid-19?
The two administrative  programs called WHO and CDC said everyone has a right to protection of their own people and the people of the world. ... by this outbreak, we want you to know that the world stands with you in your  endeavor to stop the virus.
In the United States there is no confidence that the covid-19 will be brought under control.  So today I say this also was a deliberate act carried out by the GOP. If it is not, then they should stand down and allow the WHO and the CDC to take charge.  So far they have not allowed that to happen.
Another thing you should know is the amount of lawsuits in courtrooms across America to put rules in place to stop the virus.  Keep an eye on the States that give Biden and Harris a bad time when it concerns mask, and social distancing.  I believe the south will sue regardless what the WHO/CDC rule books say.  These Republican States will refuse to participate. 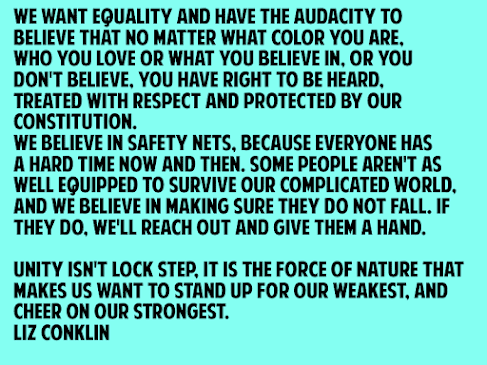