So let's see if I can explain this to you guys ...

Say you are McConnell and you are in bed with the president, but you are also in bed with one or more Corporations that are trying their best to rig the Feds and the United States so they can get rich.  You have been planning this for decades. What would you do? People have to stay poor so they will work harder. A little less educated because anymore educated they are not going to sit idle for long making pennies on the dollar while you get rich, and while you trash the US and take their rights away, and blame any hardships on the public. 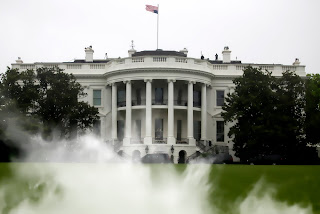 Got to get a hold of the women too so you make it difficult for them to get equality. Keep their pay as low as possible.   Trash the hell out of BLM.  You need cash, not mouth, you need a fat bank account so get rid of the Unions and set up so even their 401(k)s are lousy but it's the best they are going to get and they know it.  Keep them desperate and always asking, but you know you will never ever deliver.  Think of the book named "Oliver!" and the most famous line from it...  "Please sir, I want some more..." But, in politics you always tell them you are doing what your constituents want done.
Healthcare has to go because the Feds can't pay for it period it will cost too much and eventually the people will try to force healthcare for all on the feds to take care of. So you tease the public, but you have no intentions on giving in.
So who might you be in bed with? The banking system top tier personnel? Education Admin? DeJoy? You have to have control of the mail and you must make money! You have to have an insider in Congress. Hell... you may have a few too. McConnell is one, who else? Think out of the box "you are trying to rig the country so that you come out smelling like a rose ruling the country and making gobs of money. Trump as many of you have claimed has been telling us all what is fixing to happen....he said he is king! He is gonna rule forever! So that means Barr is one of them because you can't have the Justice department snooping they have to be on your side.
All of these people are behind the curtain, trump may have an idea, and like he said later on he had no intentions on winning the election, it shocked the hell out of him. Trump said, "it just happened." but a few people saw trump as an asset and a stupid one that could help them out, and they needed that. It would help them con the people and the world and a few of them told him what to do, this is why trump is in office... this is why the GOP does nothing. Who gave trump the idea to run for President? was this all trumps idea?  This is part of the reason trump acts the way he does is because they promised him big if he kept his mouth shut. Who else is in this circle?
trump con politics Feds