Who Really are You Voting For? Why? 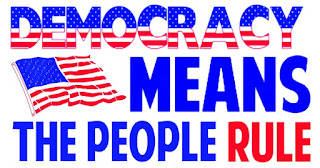 Samual Adams said; don't vote to please an individual. You are executing one of the most solemn trust in human society for which you are accountable to God and your country.

Alexander Hamilton said; Voting in elections is one of the most important rights of the subject,            and in a republic ought to stand foremost in the estimation of the law.

Samual Adams said; The people alone have an incontestable, unalienable, and indefeasible right to institute government and to reform, alter, or totally change the same when their protection, safety, prosperity, and happiness require it.

Samual Adams said; Nothing is more essential to the establishment of manners in a State than that all persons employed in places of power and trust be men of unexceptionable character. The public cannot be too curious concerning the character of public men…

John Witherspoon said; The people, in general, ought to have regard to the moral character of those whom they invest with authority either in the legislative, executive, or judicial branches.

Noah Webster said; When a citizen gives his suffrage (vote) to a man of known immorality he abuses his trust; he sacrifices not only his own interest but that of his neighbor, he betrays the interest of his country.

Pastor Matthias Burnett 1803 said; Look well to the characters and qualifications of those you elect and raise to office and places of trust.

I saw the video below and got to thinking who else gave great wisdom for how to elect our officials? There are quite a few that did. Much of their wisdom is not even taught in school today.
Many thought in the 1700s-early 1900s our elected officials had to fear God or have a firm belief in God before they could even think about serving the people.
I clearly remember growing up my own dad saying to vote for the one you believe will get the job done, and you like "his" ideas/changes. I don't remember any of them over the years say they feared God, and that they had to do the right thing because if they don't God will smite them or something. My dad never said it either. Since many of us here are on the question of "what is the right thing to do?" I thought I would hurry this question along a little bit, and just say it. What is the right thing? 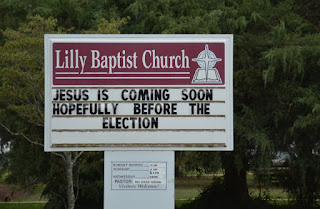 Is it the right thing to give everyone healthcare because we don't, or at least we are not supposed to walk over people in the street that are ill or send people home to die because they don't have any money to pay the doctor? Are we supposed to give everyone an education because it is the right thing to do is to give everyone the same education and let them extend it if they wish and hopefully the ones who didn't get the education are the severely mentally ill or severely brain handicapped? Everyone else will have the same right to succeed. What about food insecurities? and there is housing also.
Because the rights of the people are to thrive but I do remember the Bible said we will always have poor. But is there such a thing as being too poor? This UN guy said that America ignores it's poor and creates laws that attack our poor. It makes them live in conditions that this UN guy said he had only seen in just a couple underdeveloped countries and includes several diseases too. He had never seen it in any developed country like the US that is the richest in the world.
So why are we voting in these people that think this stuff is okay? I believe we all need a limit to what is acceptable, and what is not. We live in the richest country in the world and we all act as though we must always fight to stay alive, and we must take a (good) number - zipcode - city-state if we want to thrive. What are you worth? Regardless if you have children or not ... What are your children worth? and you are voting for who?
Quotes Restore America
Cupp: We're voting amid absolute cacophony of crazy
degrade people eliminate poverty insecure vote change